Baseball lore has made the 1960 World Series an improbable David-over-Goliath victory for the underdog Pittsburgh Pirates over the dynastic New York Yankees. A closer examination of that exciting Series fifty years ago reveals the teams to have been quite evenly matched and equally capable of producing the heroics that made it so exciting. 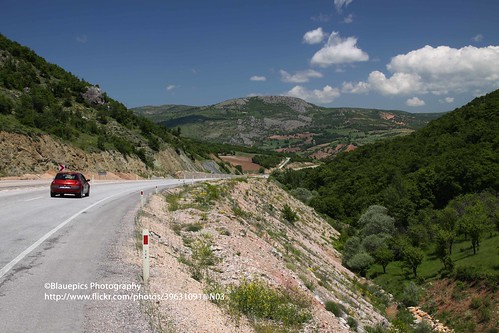 The Pirates were in their first World Series since 1925. They were led by National League Most Valuable Player Dick Groat, a fine shortstop who batted .325 in a career year, and right fielder Roberto Clemente, on the cusp of superstardom with a .314 batting average that season. First baseman Dick Stuart led the club with 23 home runs and no one reached 100 runs batted in. A fine pitching staff was headed by the league’s 1960 Cy Young Awardee, 20-game winner Vern Law, and 18-game winner Bob Friend. Elroy Face had emerged as one of baseball’s outstanding relief pitchers.

The Yankees had slipped considerably from their dominance of the American League through most of the 1950’s. A poor third in 1959, they had trailed the Baltimore Orioles into September before putting on a season-ending 15-game winning streak to capture their 21st pennant. While they had league-leading home run punch with 40 by Mickey Mantle and 39 by new Yankee Roger Maris, only first baseman Bill Skowron batted above .300. Plagued by arm troubles, long-time ace Whitey Ford had managed just 12 wins during the season, and only Art Ditmar had achieved 15 victories.

The Yankees appeared to have an edge in power; the Pirates in pitching. The latter would also have home field advantage.

Knocking Ditmar out in the very first inning, the Pirates took Game 1 behind strong pitching by Law, relieved by Face in the eighth inning. One of the Pirate runs came on a home run by slick-fielding second baseman Bill Mazeroski, who had hit only 11 during the season.

Game 2 saw a complete turn-around with Bob Turley coasting to a 16-3 victory behind a 19-hit attack featuring two homers by Mantle. When Ford pitched a complete-game, 10-0 shutout in Game 3, many felt a rout was on. But Law, again with help from Face, came back to tie the series with a 3-2 win. Young Ralph Terry pitched well in defeat.

The see-saw put the Pirates back on top when Harvey Haddix beat the Yankees, 5-2, in Game 5. Face again relieved effectively, and Ditmar was again the Yankee victim, making it only into the second inning this time. Ford shut out the Pittsburgh team again, this time, 12-0, while the Yankees banged out 17 hits

The stage was now set for one of the most thrilling seventh games in Series history. The Pirates gave Law a 4-0 lead, but the Yankees came back and, on a home run by Yogi Berra, went ahead 5-4 in the sixth inning. Adding two more runs for a7-4 lead in the eighth, they seemed in control behind long relief from Bobby Shantz. But luck as well as skill came into play. A potential double-play grounder took a bad hop and hit Yankee shortstop Tony Kubek in the throat. With a new lease on baseball life, the Pirates scored five runs, including a three-run homer by catcher Hal Smith, to take a 9-7 lead with only three outs to go.

But the Yankees again rallied to tie the game in the top of the ninth inning,the rally prolonged by Mantle’s diving back into first base to avoid a double play. But Mazeroski hit relief pitcher Terry’s second pitch over the left field wall for a fittingly dramatic finish to this seventh-game thriller.

The Yankees had outscored the Pirates, 55-27, in the Series, but the Pirates, twice shut out, were world champions.