Ants are the most common pests found in homes. You will be surprised to know that there are more than 12,000 different species of ants! They are social beings, and live in large colonies so if there is one ant, there are going to be a hundred more! Outside the house, ants are an important part of the environment, as they contribute to the ecological balance by feeding on other pests, dead insects and decomposing tissue from dead animals. But in households, they are a nuisance. Nowadays, instead of chemical pesticides, people are switching to home remedies to tackle ant attacks. There are quite a few home remedies to kill ants. 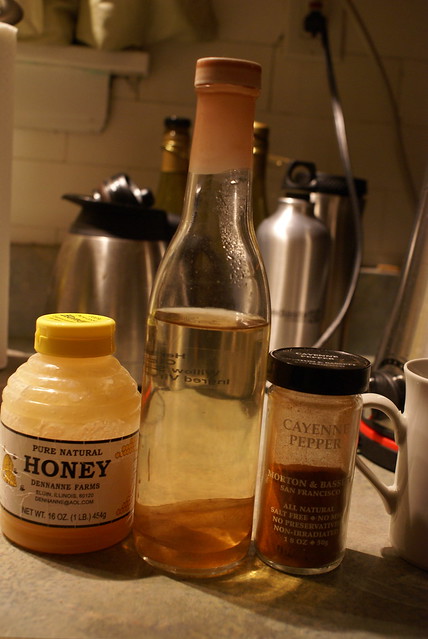 Borax is a laundry detergent, which can be mixed with sugar solution and water and sprayed around the area where the ants are. This method is very effective. Ants carry the borax into their nests, which kills them.

Another very effective method to get rid of ants is to spray vinegar on their entry paths. The strong scent of vinegar repels ants and they will avoid it. The same can be accomplished with the use of apple cider and peppermint oil.

One of the stranger facts about ants is that, they do not like the taste of cucumber! Hence, placing pieces of cucumber in ant-affected areas, will make them abandon the place really quickly.

Used mint tea bags are very effective in driving away ants. Put mint tea bags at the points from where ants enter. Mint leaves can also be dried and crushed into a powder, which can be sprinkled at the entry points.

Another really easy way to get rid of these pests is to mix some lemon juice with a little water, and spray it in the area where the ants are. This is a potent home remedy to get rid of ants.

The ingredients of soap are harmful for ants. The soap breaks down the waxy layer of the insects’ exoskeleton and dehydrates them. If you know the entry points of ants, just rub some soap there. One can also mix soap in water, and spray the mixture on them.

Grits expand when consumed. Once ants ingest the grits, they will expand along with the grits and die as a result. Spread grits (coarsely ground grain like rice, corn, or oats), wherever you see ants, to get rid of them.

Spreading salt at the corners, and on ant nests is another effective way to repel ants. Mixing salt with hot water and then spraying on ants, is also a good way to get rid of them. Another option is pepper. Both black and cayenne pepper work wonders, in getting rid of ants.

Just sprinkle used coffee grounds around cracks to prevent ants from getting in, or in the area where they are.

Grease acts as a toxic barrier. Ants may get attracted towards it at first, but are soon repelled.

Sprinkle baby powder, wherever you see ants. They hate scented talcum and hence, stay away from it.

Putting chilly powder on the nests of ants is another, very old, home remedy that can help to get rid of them. Cinnamon is also very good at repelling ants. Draw a line of cinnamon around which the ants will not be able to maneuver.

This is an easy way to get rid of ants in the house. All you need to do, is sprinkle this earth in the area that is infested by ants. You have to make sure that it is the right type of diatomaceous earth and not the type which is used for making pools.

Soak cotton balls in a strong perfume, and keep a few of these balls in the areas from where ants enter. They cannot tolerate the smell of perfume, and will stay away. Or you can directly spray the perfume on them.

If none of them work, you can try pouring boiling water on the anthill, or on the ants themselves. But these simple and effective home remedies will surely keep your house free of ants. You will find these techniques easy to implement. The best part being that you do not have to get out of the house to go buy them, or spend much money on them either!