I am frequently asked what I can do to help people with atrial fibrillation (AF or A-fib). Many of these patients are on lifetime anti-coagulants, or other cardiac medications or are being recommended surgery or an invasive cardiac procedure, typically ablation. More recent research sheds better light on the underlying mechanism of how AF develops, and offers new hope for prevention and another option for treatment using magnetic stimulation. 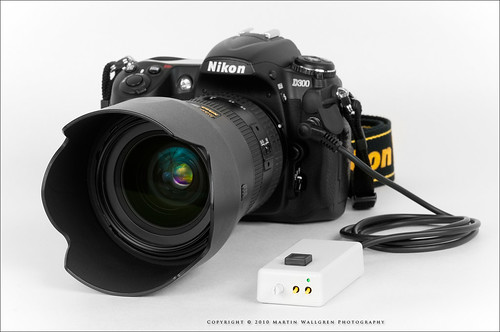 What is AF? How does it develop?

AF is the most common heart rhythm disorder, with upwards of 2 million Americans having been diagnosed. Risk increases with age, with about 8% of people over 80 having proven AF.

While it may cause no symptoms at all (25% of people with AF don’t even know they have it), it is often associated with palpitations, fainting, chest pains, or congestive heart failure. Episodes often start sporadically but become permanent or persistent in the long run. A persistently irregular heartbeat may cause the atria to develop clots, which can break off and enter the bloodstream, causing stroke. AF is associated with a nearly 500% increase in risk of stroke and a 200% increase in the risk of death.

One of the most important new discoveries about AF is that inflammation of the cardiac tissues is almost always present, usually for a long time before the AF shows up. The inflammation is often the very cause of the AF. Decrease the inflammation, and you decrease the risk of AF and its progression.

Traditional Western Medicine, as you may have guessed, offers options that generally include a lifetime’s worth of medications which address symptoms but offer no real room for improvement in the heart tissues themselves. Options include a lifelong course of blood thinners, normalization (rhythm control) or slowing (rate control) of the heart rate with medications, electrical stimulation, or surgical or catheter-based ablation, which literally destroys the heart tissues responsible for the arrhythmia. These treatments attempt to address the problem but not the cause.

There is plenty of evidence that conventional medical therapies (both invasive and noninvasive) do not even adequately control the problem (except to prevent stroke and dangerous rhythms), and do not prevent the progression of the AF. All of these options have risks, but perhaps the most concerning comes from being on long-term blood thinners like Warfarin, which substantially increases the risk of major bleeding, or other cardiac medications which have serious side effects.

Once you have established AF, you will almost always be placed on higher dose anticoagulants for life to prevent stroke. This is yet another reason to work to prevent AF from happening in the first place and to prevent progression from episodic to permanent to very serious heart dysfunction.

Future studies are focusing on non-pharmacological, non-ablation approaches for the prevention and treatment of AF in order to avoid the substantial complications of both these regimens. It is critical to understand that AF almost always progresses from the episodic form to the persistent form, creating many possibilities for intervening in the lifetime course of AF.

Since the heart is an electrical apparatus and electrical cardiac components are clearly involved in producing and keeping the AF going, it follows that applying safe direct or indirect electrical stimulation to the heart may be able to help not only with the AF itself, but also help with and prevent heart tissue changes (remodeling) that are part of the process. Appropriate stimulation applied externally to the chest has the potential to abolish abnormal electrical conduction within the heart.

Once rhythm is restored and normal atrial rhythm is able to persist, there is a gradual reversal of the remodeling. Simply put, normalcy begets normalcy – correct the sinus rhythm and it can stay corrected. This would provide long-term freedom from AF recurrence. Even this treatment, albeit safer, will likely also need to be long-term.

PEMFs (Pulsed Electromagnetic Fields) can play a role across the spectrum of aspects of AF. One key role of PEMFs in AF is preventative and useful in the earlier stages of AF. This is because of the ability of PEMFs to reduce inflammation. Persistent AF with rapid heart rates or with other obvious cardiac complications should be treated with appropriate, current medical approaches. PEMFs may be used in these circumstances along with conventional medical approaches to boost the benefits and reduce complications.

In the early stages of AF, when the AF is considered episodic, PEMFs can help with the abnormal conduction of the atria. PEMFs with frequencies less than 1000Hz appear to be able to reduce the autonomous, disconnected, undesirable AF firing of the internal (intrinsic) heart nervous tissues and the excess firing of the nervous system control from outside the heart (extrinsic vagal -sympathetic nerve trunks in the chest) that cause the heart to react to stress.

PEMFs directed at the chest, whether with higher or even with very low intensities, appear to stabilize the natural, internal pacemakers of the heart. Since it appears that PEMFs may be able to slow the abnormal atrial pacemakers, these atrial pacemakers would be less subject to excitation by stress, especially in the earlier stages of AF.

Stimulation of the chest will not only help reduce the conduction abnormalities of AF, but will also simultaneously target autonomic tissue remodeling and fibrosis and inflammation. Since inflammation is almost always present in AF, and since PEMFs have been shown in studies to support and reduce acute and chronic inflammation, PEMFs treat the cause of AF. This action then can reduce existent AF and prevent the development of AF in the first place.

It should be a simple matter to use almost any form of PEMF to the chest, for a minimum of 15 to 30 minutes every day, and additionally the rest of the body. The optimal conditions have not been defined yet. Because the burden of inflammation is systemic and even slightly high blood sugar levels and abdominal fat produce inflammatory molecules that enter the circulation and affect the heart, daily whole-body stimulation makes the most sense.

The following would be the essential elements as part of a comprehensive approach for preventing and managing existing AF. These techniques can be used even if medication is necessary. Once a protocol is implemented and the results are established through testing by the doctor (for example, measures of inflammation such as C-reactive protein show reduction, hemoglobin A1C levels decrease and EKGs show a reduction in the amount of arrhythmia present) a discussion should be initiated with the doctor about the potential for withdrawal of medication if appropriate.

Once AF occurs or is diagnosed for the first time, comprehensive management should become much more aggressive.

AF is a progressive condition that, if managed only by current medical approaches, will continue to only progress and get worse over time. If you have been told you have AF or are at risk of getting AF, you should not rely solely on conventional medical approaches, since they do not do a complete job of helping the problem.

The new treatment elements include:

-PEMFs applied to the sternum and heart area

-control inflammation – with an anti-inflammatory diet and supplements

-acupuncture applied to PC-6 (Neiguan), HT-7 (Shenmen) and BL-15 (Xinshu): The effects of acupuncture were evaluated in a 12 mo follow-up period in a study. In patients with persistent AF, the recurrence rate after acupuncture treatment was similar to that observed in patients on amiodarone, but significantly smaller than that measured after sham acupuncture treatment or in the absence of any antiarrhythmic drugs.

If these controls are put into place when you turn 40 (but the sooner, the better!), then you dramatically lower the likelihood of developing AF later in life, not to mention the decreased potential of developing a whole host of other health issues like hypertension, vascular disease, heart disease, arthritis, and even autoimmune conditions.

The conditions of stress, obesity, inflammation and persistently modestly elevated blood sugars, accrue their harm over several decades. They tend to creep up on us, which is why we should be initiating management techniques well before age 60.

In conclusion, with the latest understanding of the conditions of the heart that set up the possibility of production of atrial fibrillation, innovative, noninvasive PEMF stimulation, used on a regular basis and with frequencies under 2000 Hz, and preferably at or under 10 Hz, may not only prevent atrial fibrillation but also facilitate medical therapy so that more invasive approaches to managing this condition may be unnecessary.

Managing AF aggressively across the spectrum of types of AF, and even very early with PEMF therapy, may prevent or slow progression or help with rate and rhythm control of this very common cardiac problem. If the AF can resolve, it may be possible to reduce or stop the various medications used in the treatment of AF and avoid potentially complicating invasive procedures.

It could be reasonable to recommend that anybody over 60 with any degree of inflammation in the body and the presence of any of the precipitating or predisposing conditions should own and use a whole body home-based PEMF system daily. Once AF is established, PEMFs may be able to be used to prevent the development of additional cardiovascular complications, even if anticoagulants need to be used. Whole body PEMFs and PEMFs directed at the heart/chest may be very useful in slowing the progression and subsequent complications of AF.